e pleased to announce that we are now fully open.

We are doing carry out meals from 4.30pm to 7pm, and our restaurant is open as well. See our Facebook page for current menus and timings.

Any queries, please email us on hebrides@dounbraes.co.uk 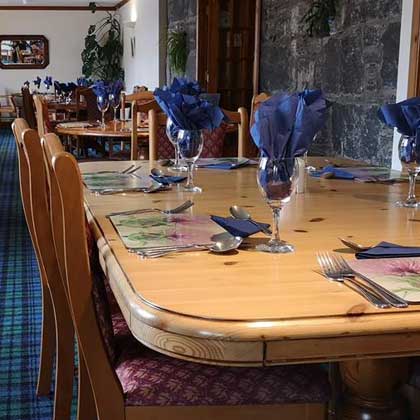 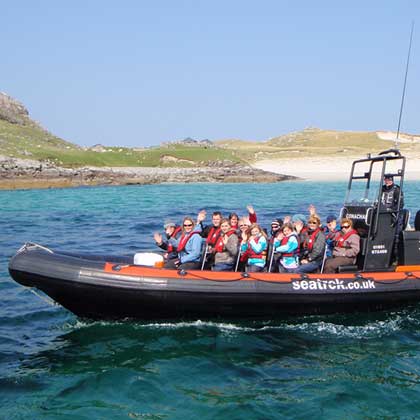 The Isle of Lewis is the most northerly of the group of islands known as the Hebrides, or the Western Isles. Also known as the “long islands”, these Isles stretch for 130 miles from the Butt of Lewis to Barra Head. Lewis is steeped in a history and culture which ranges back thousands of years. Ancient stone circles stand on the same land as the modern town of Stornoway, while most of the inhabitants speak Gaelic as their native tongue.

The Doune Braes Hotel extends a personal welcome from your host, Eileen MacDonald, and her staff. The hotel offers comfortable accommodation, fine food and spectacular surroundings. Part of the hotel’s charm and tranquil feeling is accentuated by the beautiful lochan that fronts the hotel. Seen from the dining room and almost every guest room, the colours and views from early morning to dusk provide a beautiful setting during your stay.

The Doune Braes Hotel is situated in the township of Carloway on the west side of the Isle of Lewis in the Western Isles and is within minutes of lovely beaches, excellent fly fishing, world class archaeological sites and breathtaking walks.

The hotel’s location makes it the perfect base to explore all of Lewis and Harris. (Click here for a map)

Gaelic is indeed still vibrant and one of the most distinctive features of the Outer Hebrides is the prevalence of this ancient Celtic language. It is still widely spoken alongside English, just as eagles and otters live alongside people. The contrast of the ages and different cultures — both in the towns and out in the hills and mountains — can be experienced all over Lewis and Harris, which are in fact part of the same island. In the summer months, local people can still be seen on the moors cutting the peat and during the winter, the distinctive dry smell of peat fires drifts in the wind.

The name of MacLeod (son of Leod) is seen regularly in the phone books and on the name boards of shops throughout Lewis and Harris. Moreover, the ending of ‘bost’ on a number of place names bears witness to the Viking past of the Isles.

The culture in the Western Isles continues to be very strong, particularly in its religious beliefs. Sunday remains a special day, with many people observing strict compliance to the traditional values of the Free Church of Scotland.